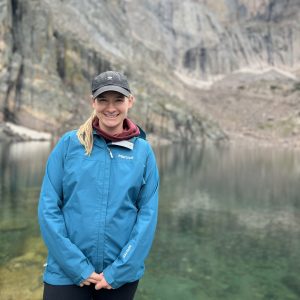 Kayla is a nature-loving outdoor enthusiast who loves adventure! She is from North Carolina, where she graduated from East Carolina University with a degree in Recreation and Park Management. Throughout college, she worked as a facilitator for ECU’s team training department and she led groups through ropes courses and activities. She also worked at an outdoor adventure summer camp leading group trips and teaching outdoor education to kids. She graduated college with a dream of someday opening her own summer camp. She then moved out west and lived in some awesome places while working seasonal jobs. She worked in California as a naturalist, in Jackson Hole as a kid’s ski instructor & preschool teacher, and Glacier National Park, Montana where she was a Red Bus Tour Guide and met her husband! Kayla and her husband, Andrew, moved to Colorado in 2019 where they love to hike, backpack, and go camping. They love to travel and explore the United States- Kayla has been to 48 U.S. states and 38 out 63 U.S. National Parks!

In between traveling and working seasonal jobs, Kayla started planning her big dream to open a K-12 outdoor school that would run like a summer camp. She saw how the outdoors impacted so many kids in a positive way and realized that kids would learn so much better if school operated like summer camp and the kids could learn in an environment where they could increase their self-confidence, social–awareness, and life skills in the outdoors. Kayla started looking into forest schools as a start and learned about Wild Beginnings Nature School. She realized that being a part of Wild Beginnings would be an amazing start to taking the first step to open the outdoor school of her dreams! She is very excited to be a part of this team and work toward making outdoor education accessible to kids of all ages. Kayla started working for Wild Beginnings Nature School while she was a nanny for a nanny share in Colorado, and she loved helping raise two babies into smart and loving toddlers. She is now expecting a child of her own due in February 2023! She is very excited to help grow and expand Wild Beginnings Nature School in Colorado. 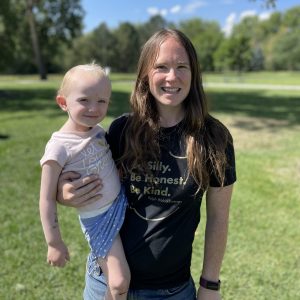 Allison’s love for the outdoors started with hikes around trails in Colorado Springs with her mom when she was a kid. She hiked up Pikes Peak with her sister when she was 14. She spent two summers doing trail work in areas around Colorado and Wyoming in College. Now she’s passing on her love of the outdoors to her two year old daughter. Together with her husband, they hike, camp, and work in the garden. Allison has also been a 1st and 2nd grade teacher, preschool teacher, and a reading interventionist in public schools around the Denver area. She is excited to combine her love of teaching and the outdoors with children and their families. 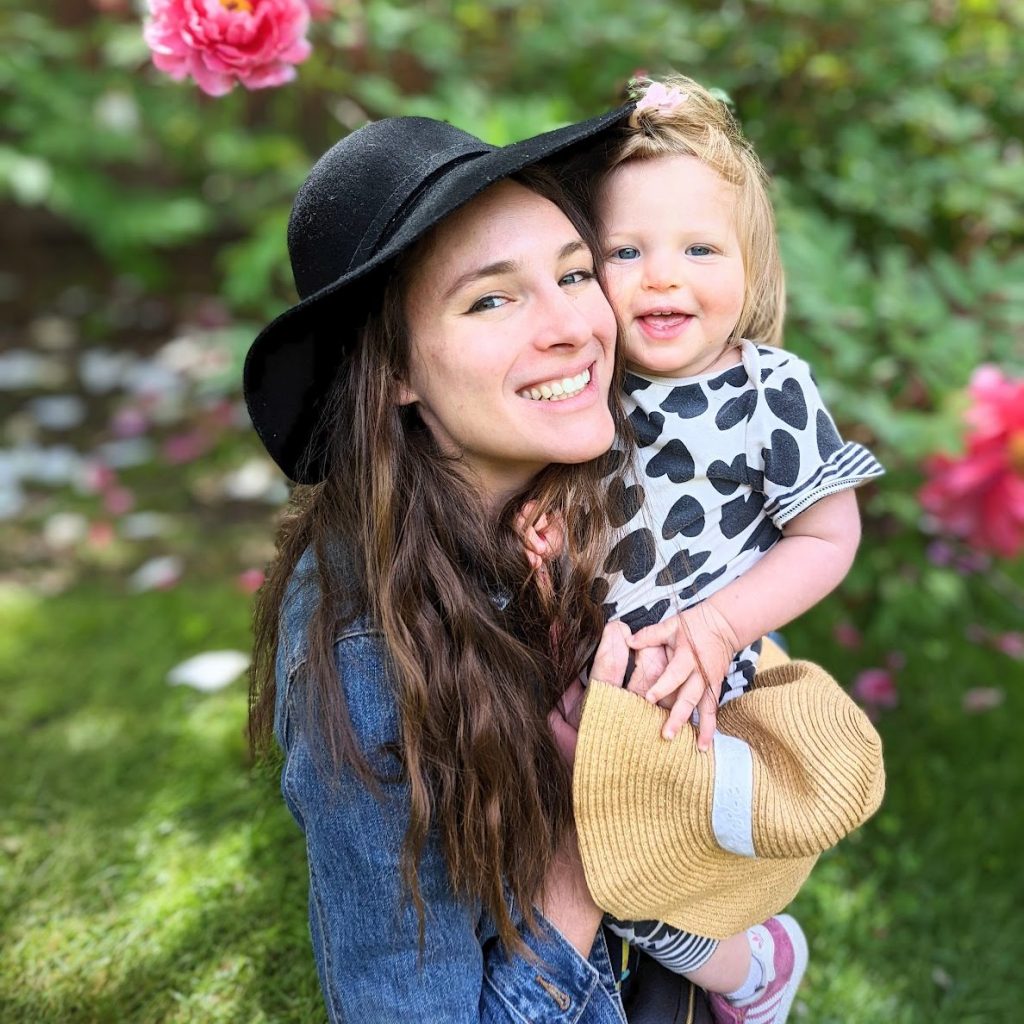 Chelsea is a Colorado Native who loves the outdoors, art, and science; but most of all being the mom to a little nature lover! Growing up in an adventurous family who were involved in girl scouts, camping, and road trips shaped Chelsea into someone who loves exploring, traveling, and taking care of the planet.

While pursuing her first degree in Biology, Chelsea worked as a lifeguard and swim instructor to children of all ages. After graduating and working in a cancer research lab for several years she decided that she needed to be involved with something more meaningful and people oriented. In 2019, she graduated with her Bachelor of Science in Nursing from the University of Colorado.

Working in her first job as a RN with children in crises during the pandemic and expecting her own little one was an adventure within itself. Chelsea and her husband Stefan welcomed their sweet girl Lydia in December of 2020 and the greatest adventure of all officially began.

Since becoming a mother, Chelsea has continued to work as a Registered Nurse once a week in the Neurology Department at Swedish Medical Center. During the other 6 days of the week she and Lydia (and dad too) love to bake together, swim, play music, go to the zoo, and much more! They are currently in their second year of trying to be outside for 1000 hours in one year! Every year the little family looks forward to hiking trips as well as out of state and eventually international trips! Chelsea and Lydia are especially excited to be a part of Wild Beginnings in order to share their love of the outdoors with others.